On March 24, 1999, I was badly injured in a serious automobile accident. This series is a symbolic portrayal of that experience and my perceptions, thoughts and feelings about the entire event, both at the time it was happening and how I felt and thought about it afterwards. The paintings are to be viewed in order like a storyboard, and take the viewer from right before the accident happened to my final concluding thoughts and feelings.

In this series, I wanted to explore the notion of "movement through time" in art, rather than to "freeze one moment in time". I wanted to be able to express different emotions or thoughts in a single work. I did not want to be limited to one style of painting-but wanted complete freedom of style both in a single canvas and within the series itself. Thus, I combined different styles of painting--realism and abstraction--expressionism and pop/comic--different emotions and psychological states--and even different scenes, both in the same painting, as well as throughout the entire series. We have layers and layers in each moment of our lives, and I tried to communicate this multifaceted existence in this work. 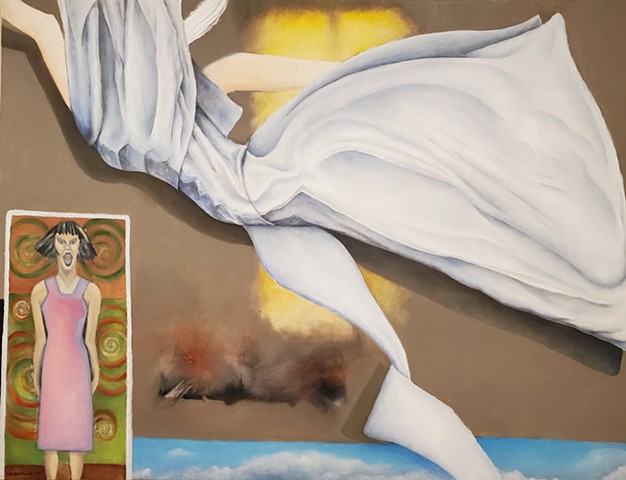 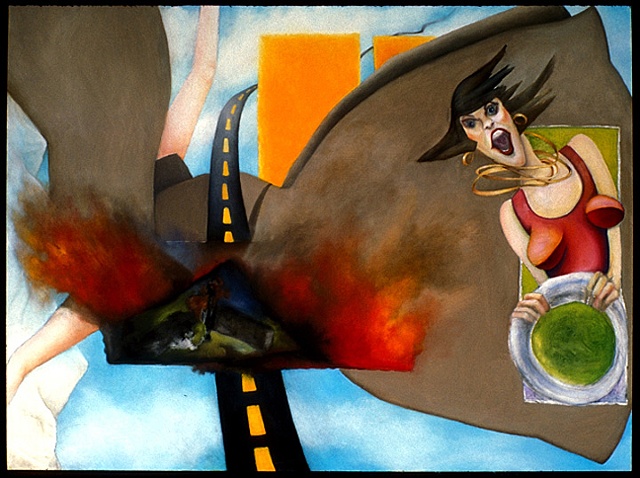 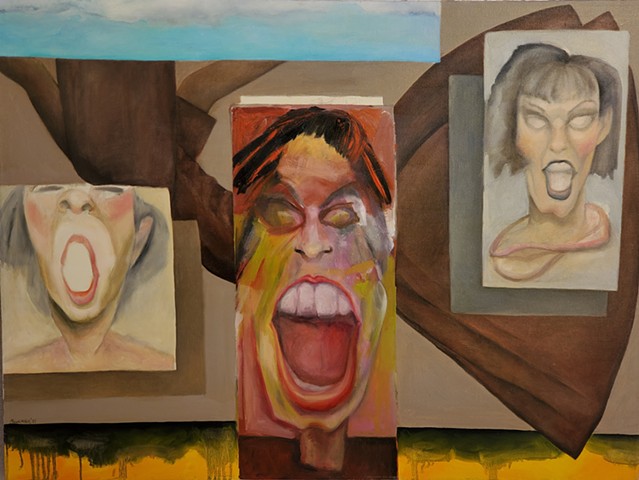 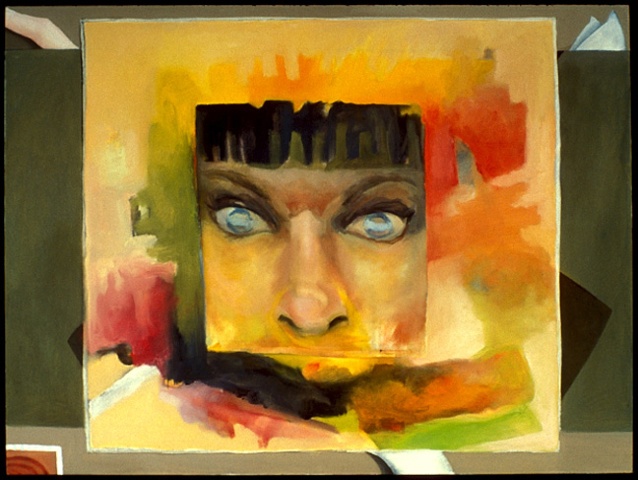 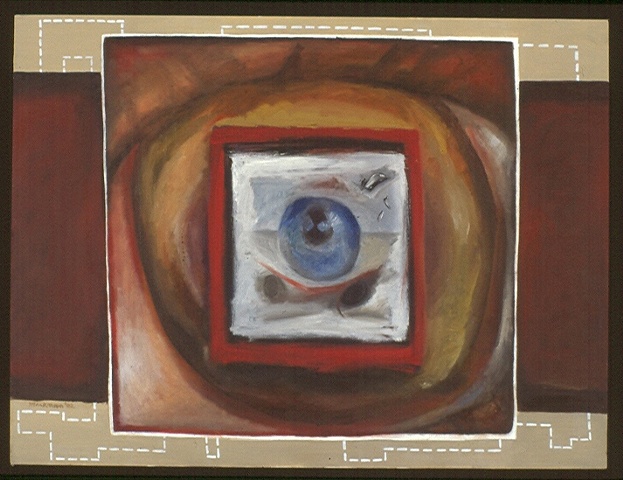 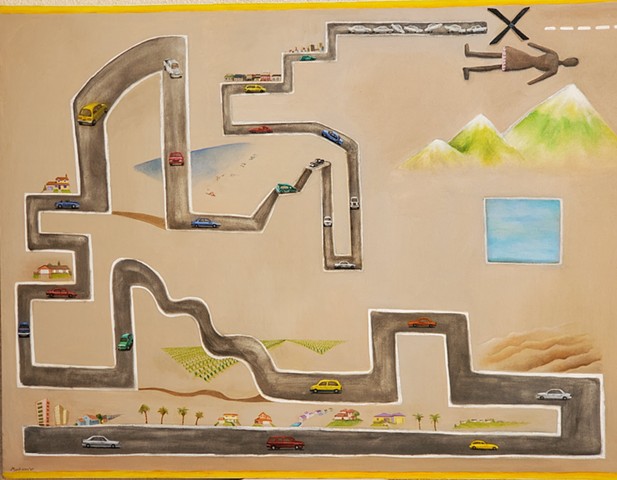 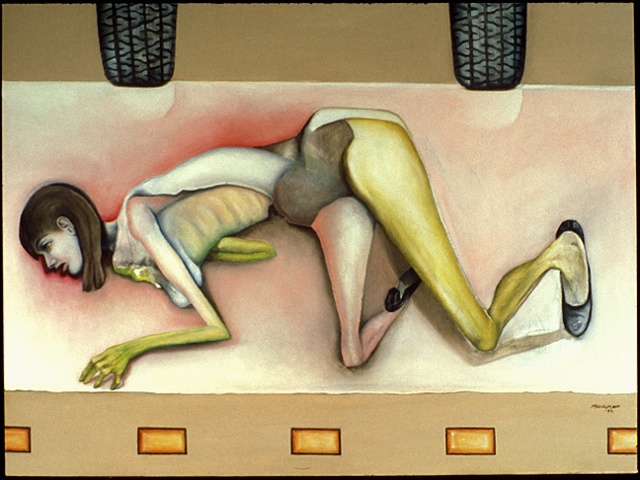 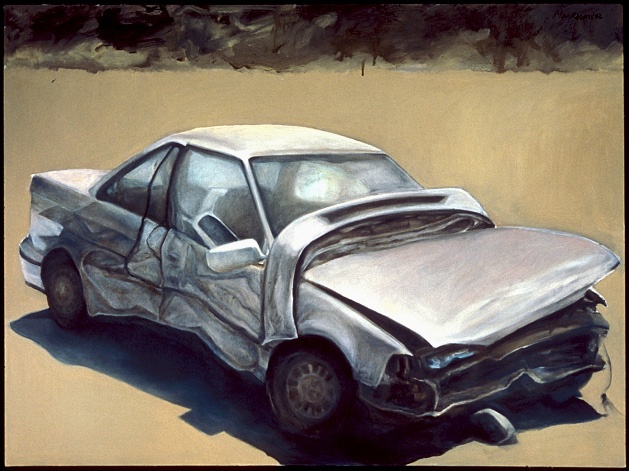 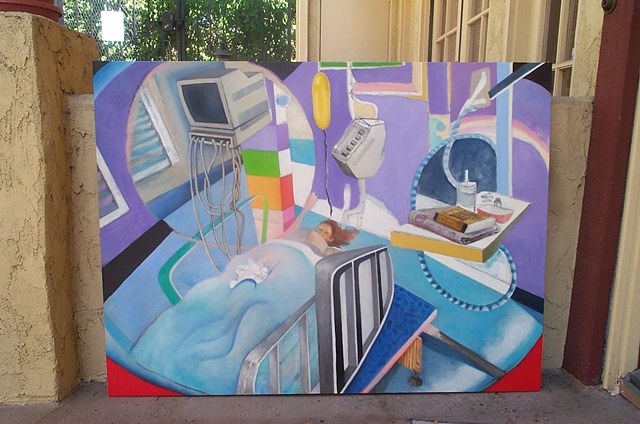 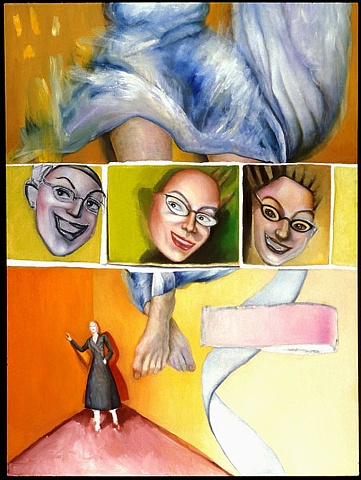